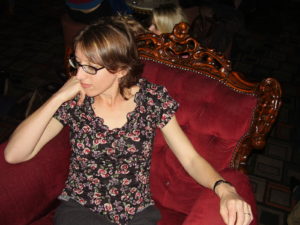 Manager of the ABC’s Sydney team of archival researchers. Natasha’s name appears in the credits of many of Australia’s most respected television programs, both factual, (Four Corners and Lateline among others) and entertainment shows.

Natasha is MerJa Media’s expert on visual media archives and copyright. Natasha can assist you in locating stock footage or historical moments in film and television and advise you on rights clearance so you can use that footage legitimately in your project.