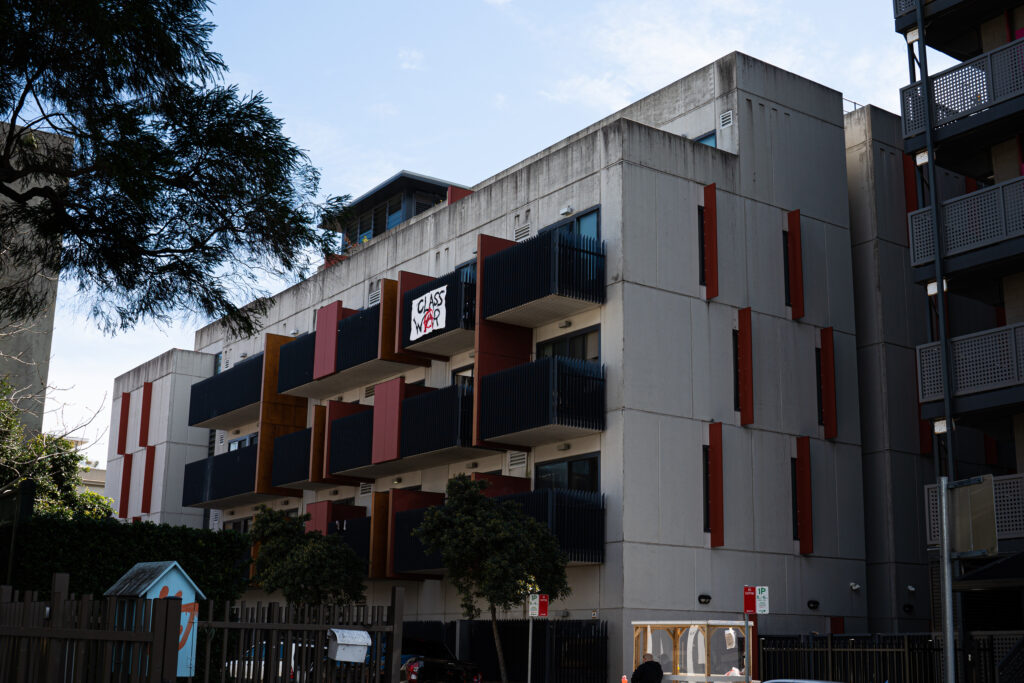 Residents under hard lockdown in a social housing block in Inner West Sydney say they’re concerned about lack of fresh food and their neighbours mental health.

“Authorities have been heavy handed, intimidatory and demeaning.”

Overzealous authorities have been searching their packages and illegally confiscating tobacco and alcohol. Pet dogs have not been allowed out to exercise for four days. Many have speculated that the treatment the residents are receiving would never have been meted out to wealthier people in Sydney’s more expensive suburbs.

“We are a vulnerable group coming from diverse backgrounds, many with a history of trauma however we also see this as a position of strength, versatility and as a group we identify as proud survivors of institutional trauma.

“We will not tolerate harassment or disempowerment by anyone including Mission Australia, local Police authorities or RPA hospital staff.” 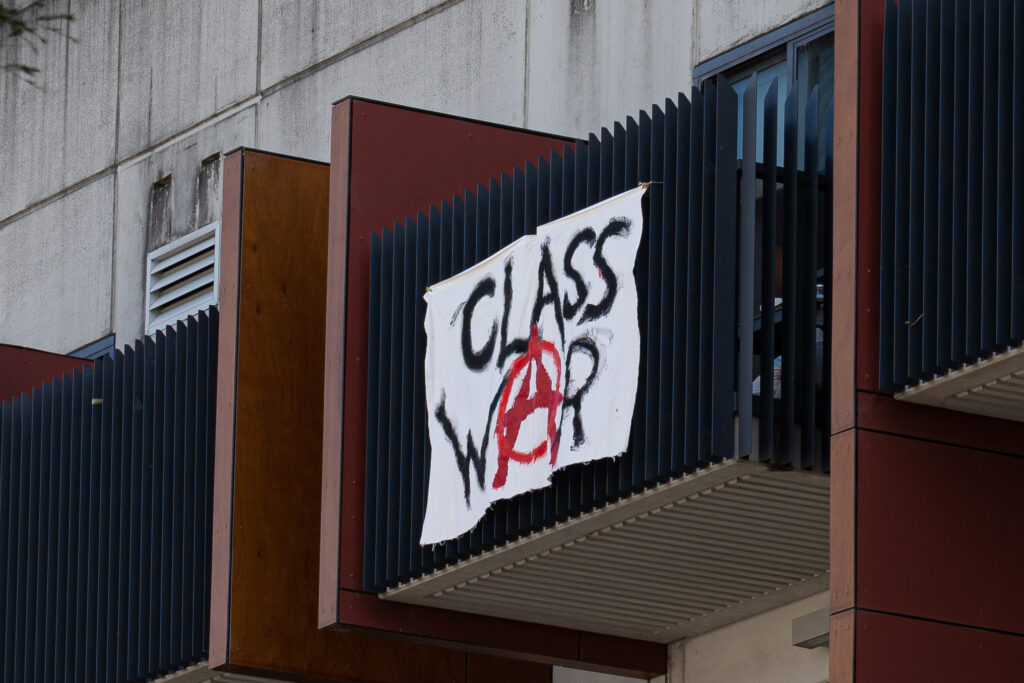 Ms Saffaa, a disability support worker and World Famous Street Artist, was about to leave for work last Thursday when her building was swarmed by health workers in PPE and police officers. “Someone stopped me and asked me if I was a resident. I said yes and they said, ‘Well, the building is under lockdown, you can’t leave’,” 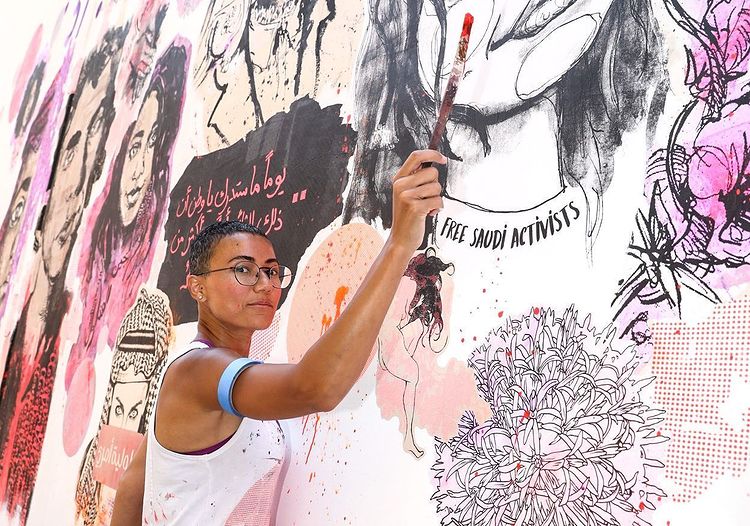 Ms Saffaa was bundled upstairs where she claims she was kept “in the dark” for hours, not knowing what to do, eventually she was informed she would be locked into her apartment for the next two weeks. “There’s been a lack of transparency and lack of communication,” she said.

“They are treating us like suspects, like criminals. They are not giving us the benefit of the doubt. If this building was in an affluent area, I guarantee you this would not happen, the lockdown in the first place would have never happened,”

“You have to understand how upset we are, this is completely classist, and they are just doing this because we’re poor essentially, that’s what it comes down to.” 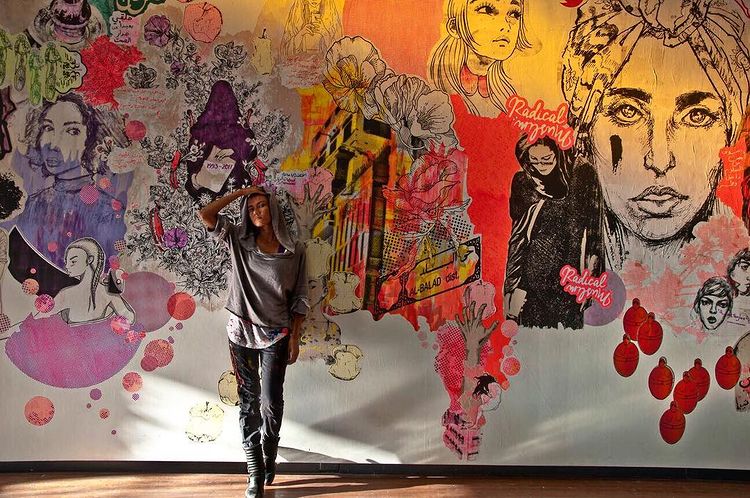 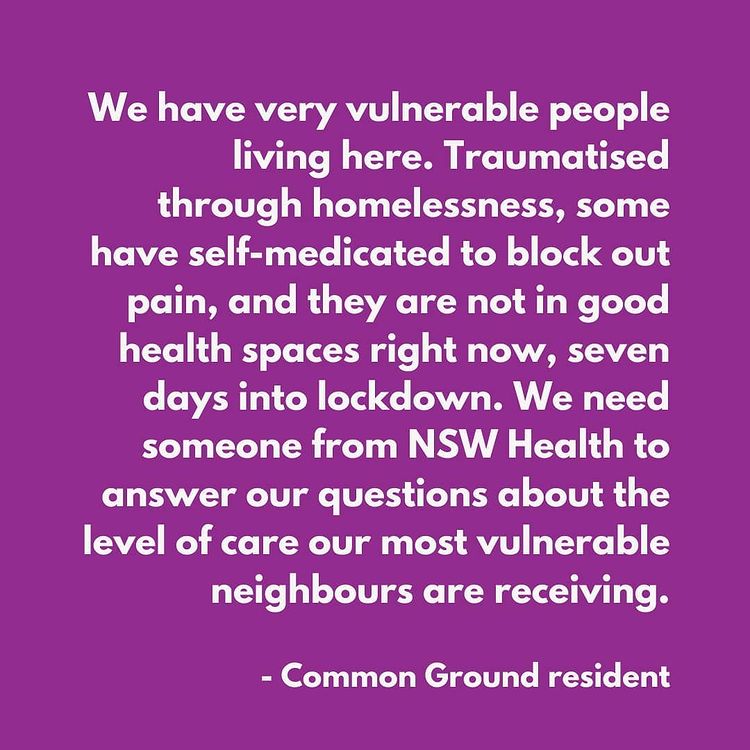 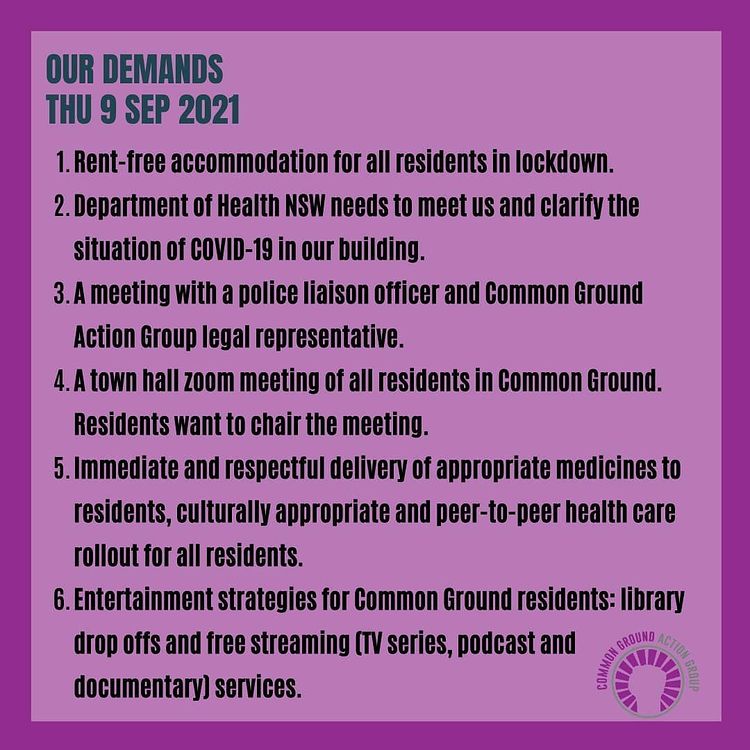 The searching of packages and heavy police presence has made people feel as if they are being treated differently to others in the state, according to resident Robin Elhaj

“People have the right to their own privacy. Just because people are poor, doesn’t mean they don’t have rights.”

Robin said the food packages delivered to residents have been “barely adequate”.

“We received two boxes, one from Foodbank and one from a local charity, with barely any fresh produce or food specific to people’s dietary requirements,” Robin said.

“Some people in the building are vegetarians and some are Muslim who eat halal.”

Robin said the residents who can afford it are resorting to buying their own groceries or relying on Uber Eats.

“But it’s not really a feasible thing for people in here because we’re from a low-income background and a lot of people have to survive week to week on donations,” he said. 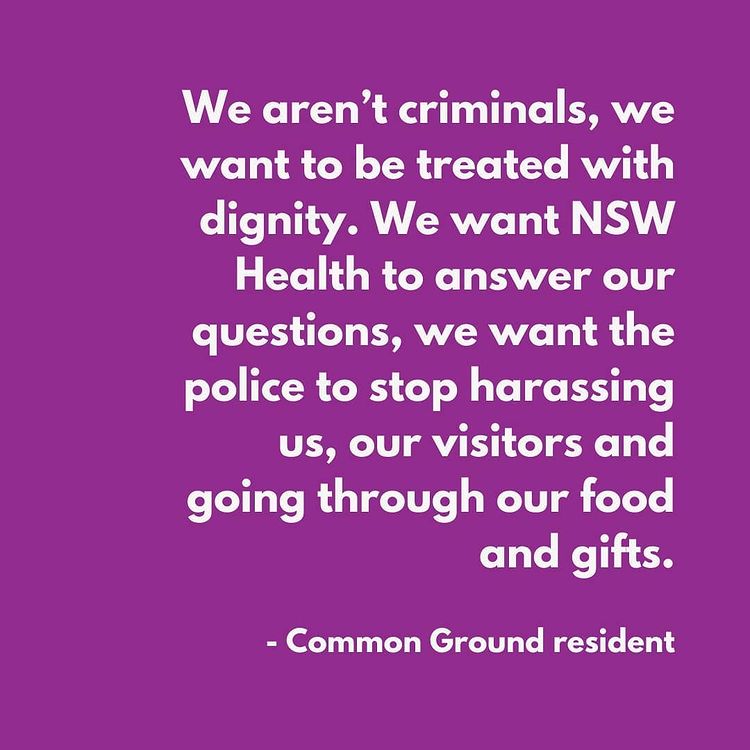 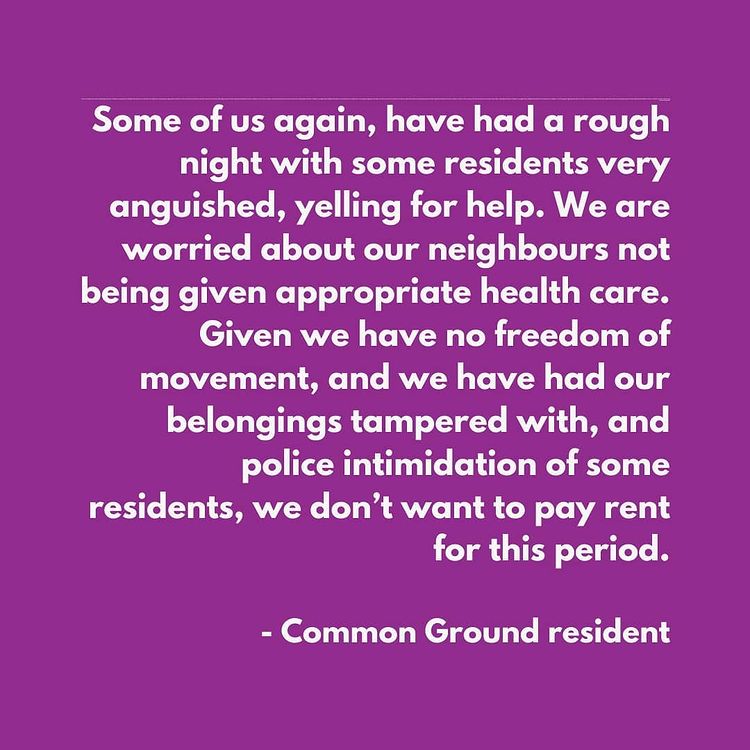 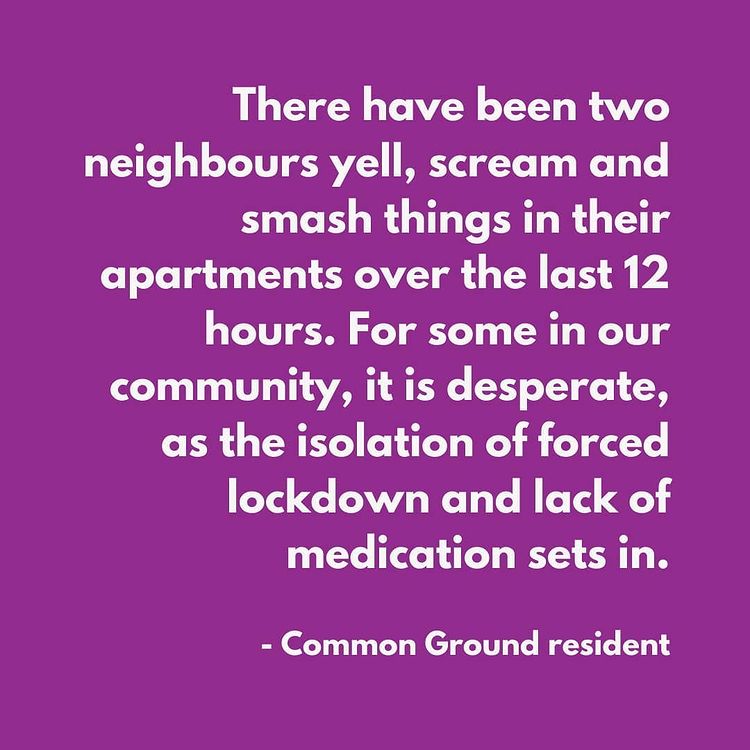 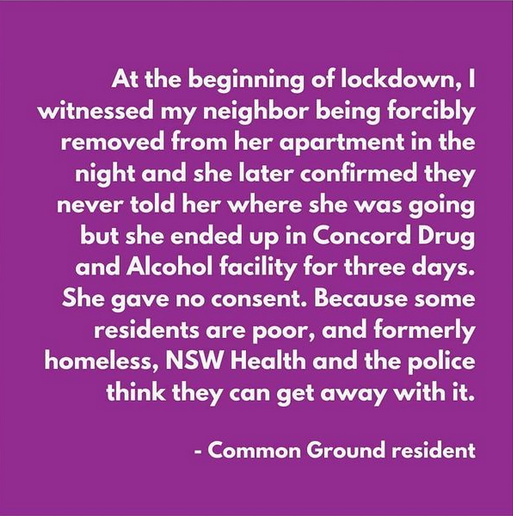 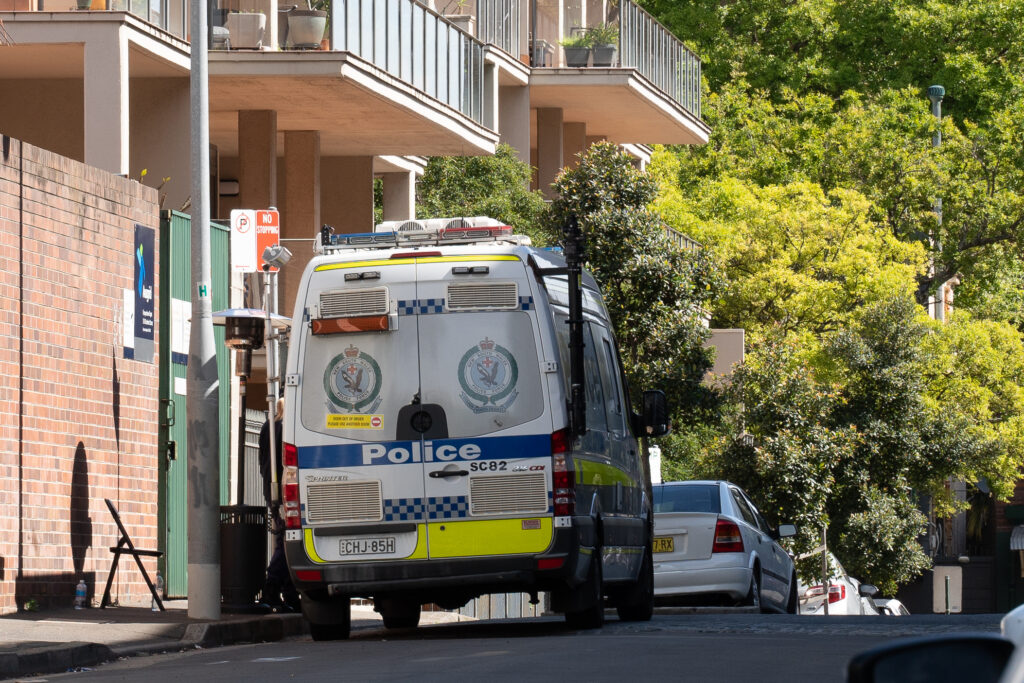 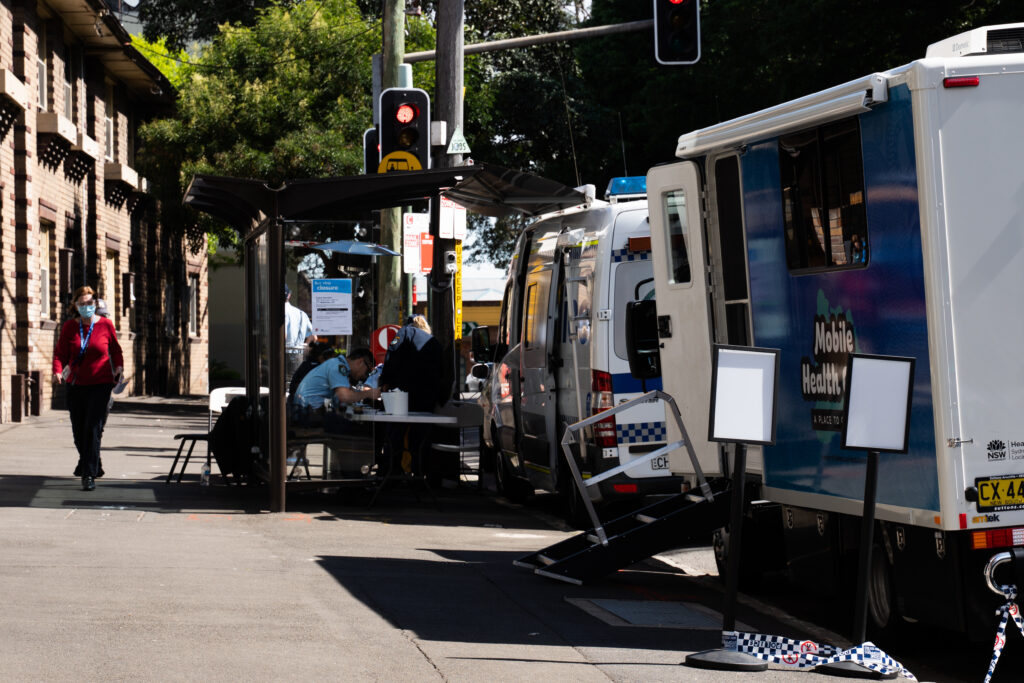 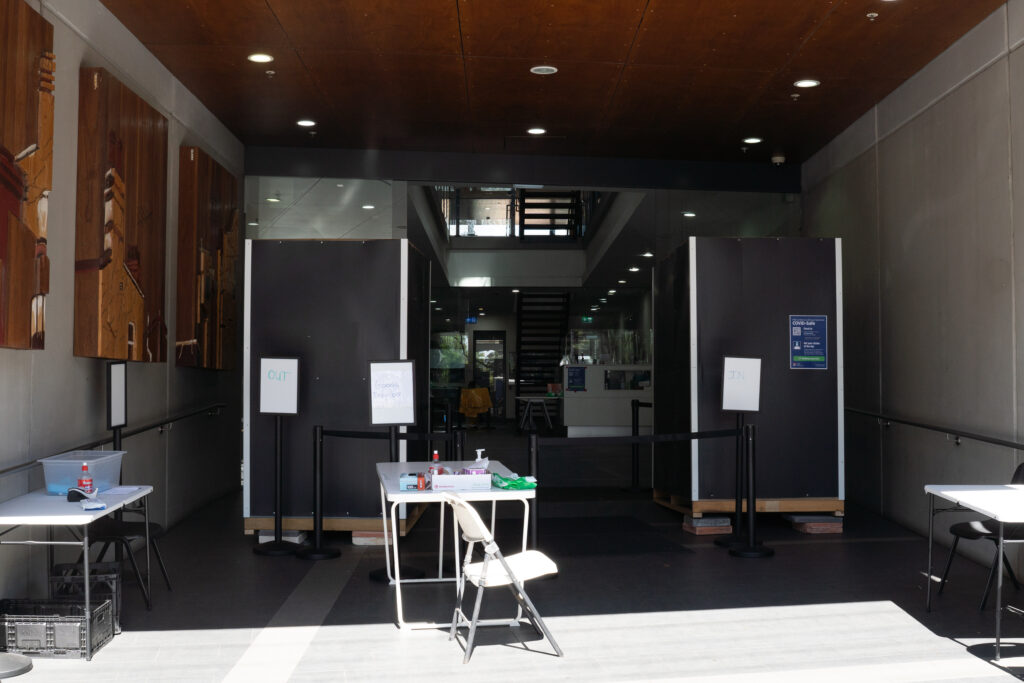 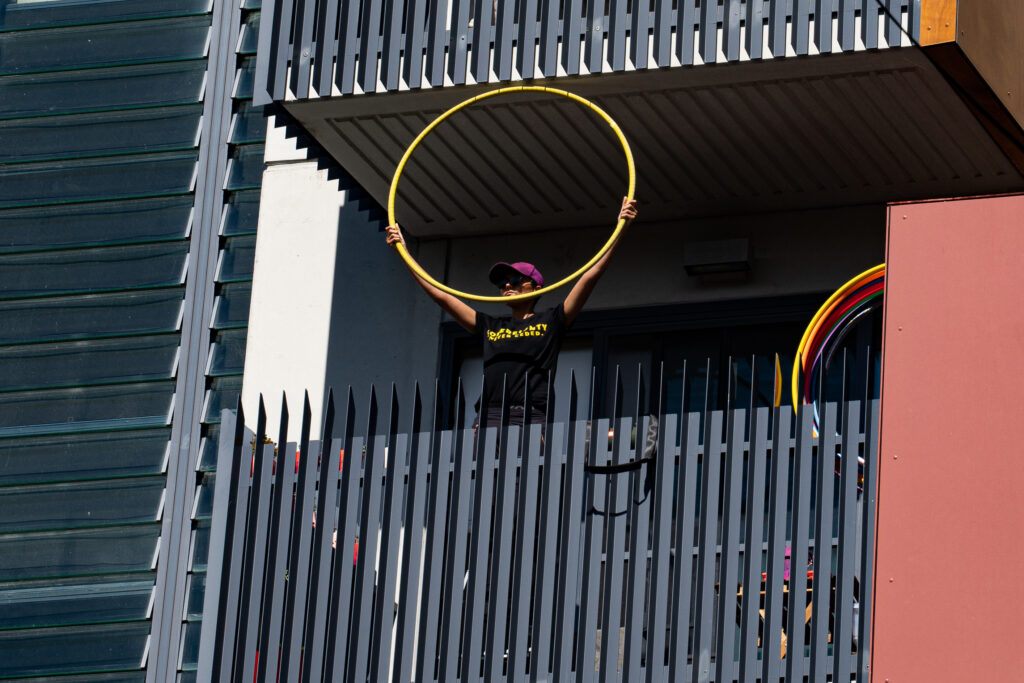 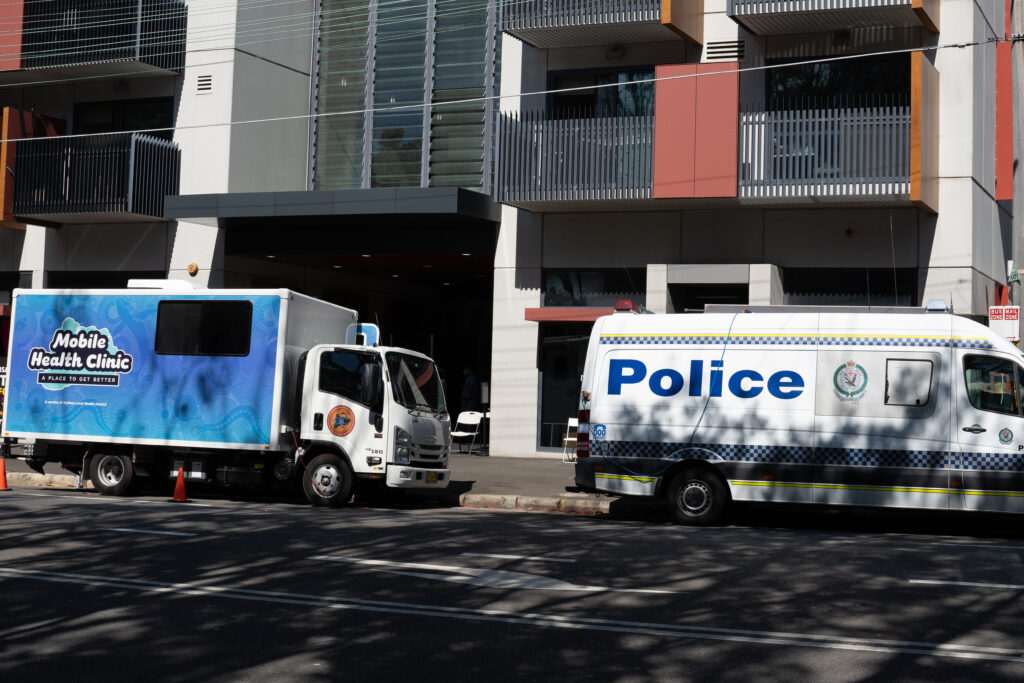 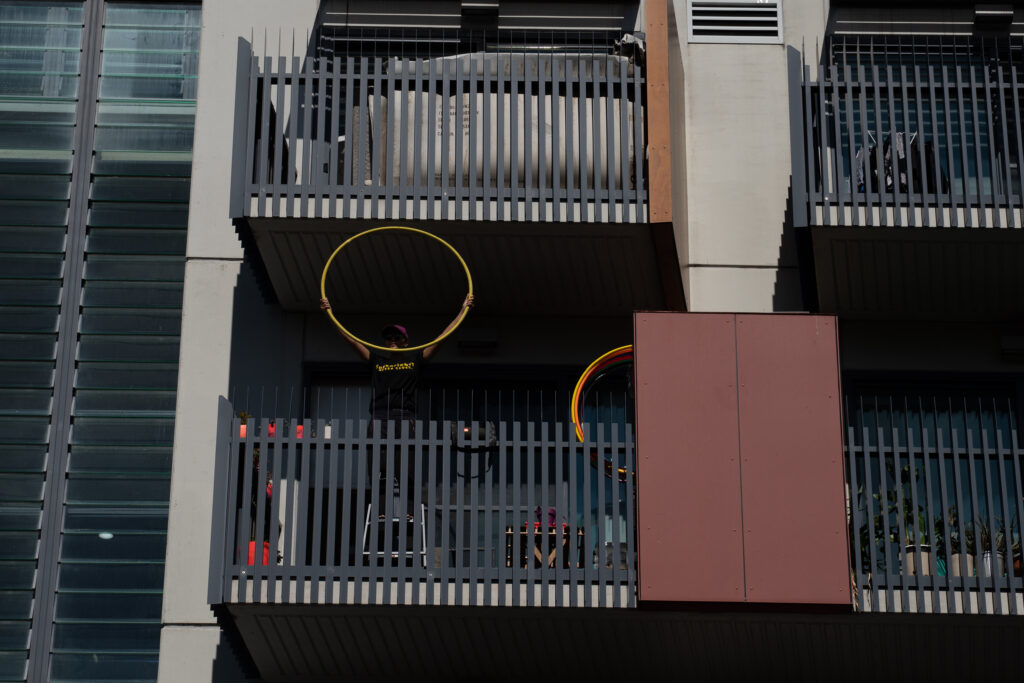 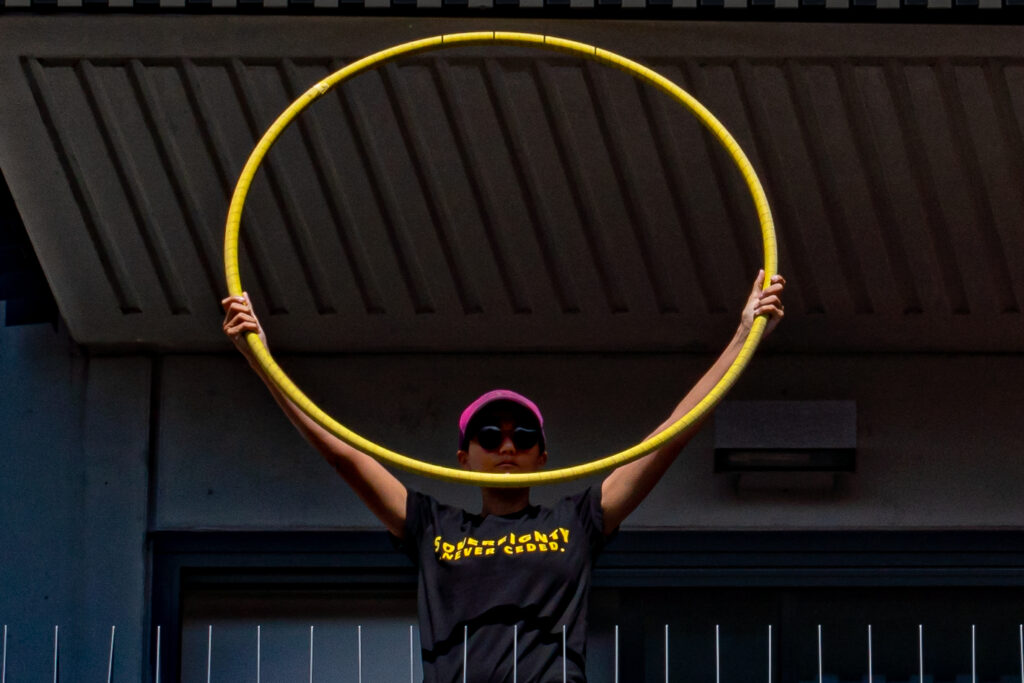 Today local residents gathered outside to wave to the imprisoned residents hoping to boost their morale, they were closely watched by Police but by maintaining social distancing they were able to escape being driven off. Another show of support is planned for Saturday September 11. 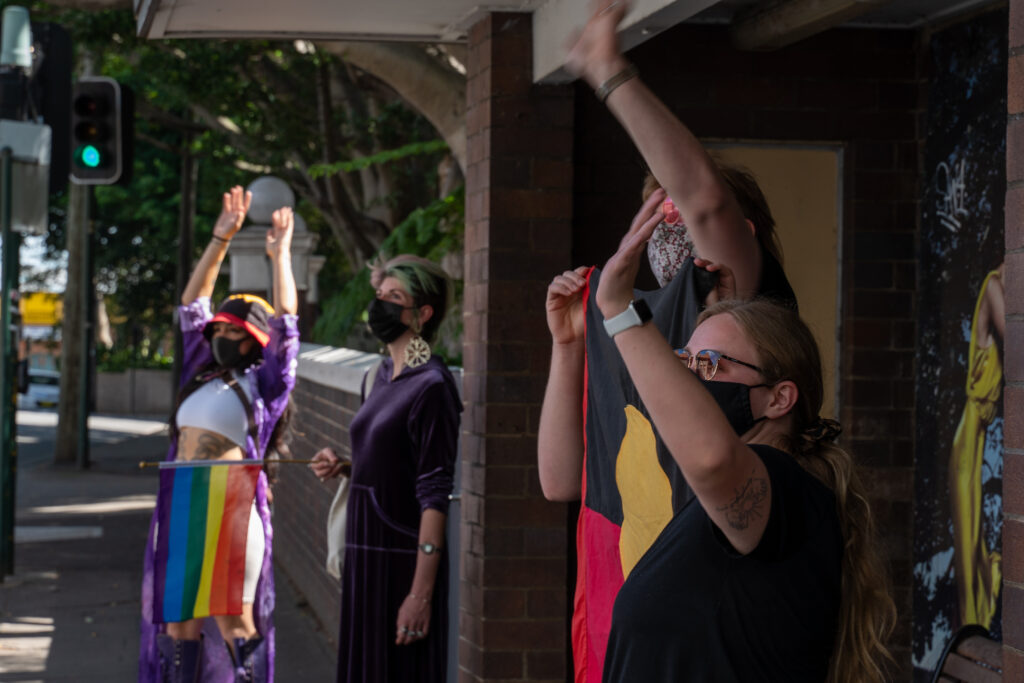 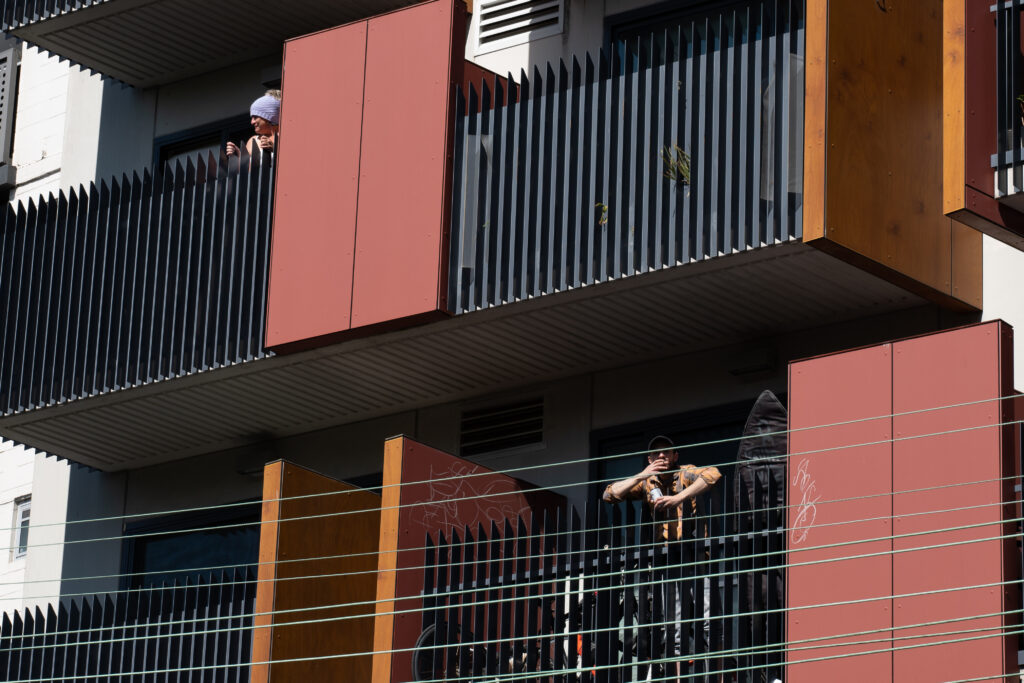 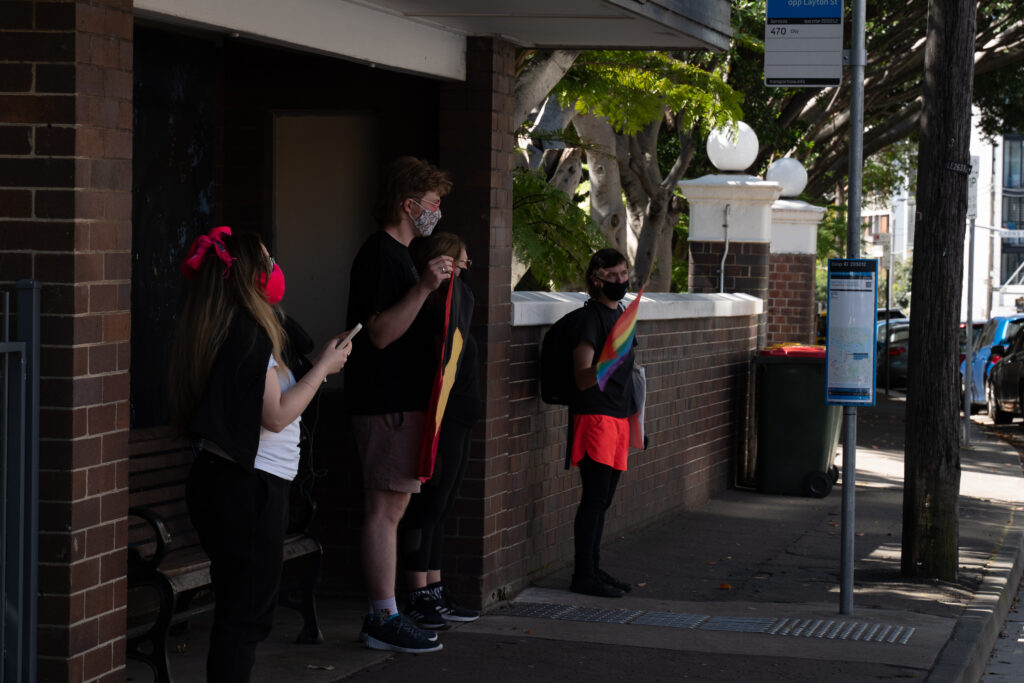 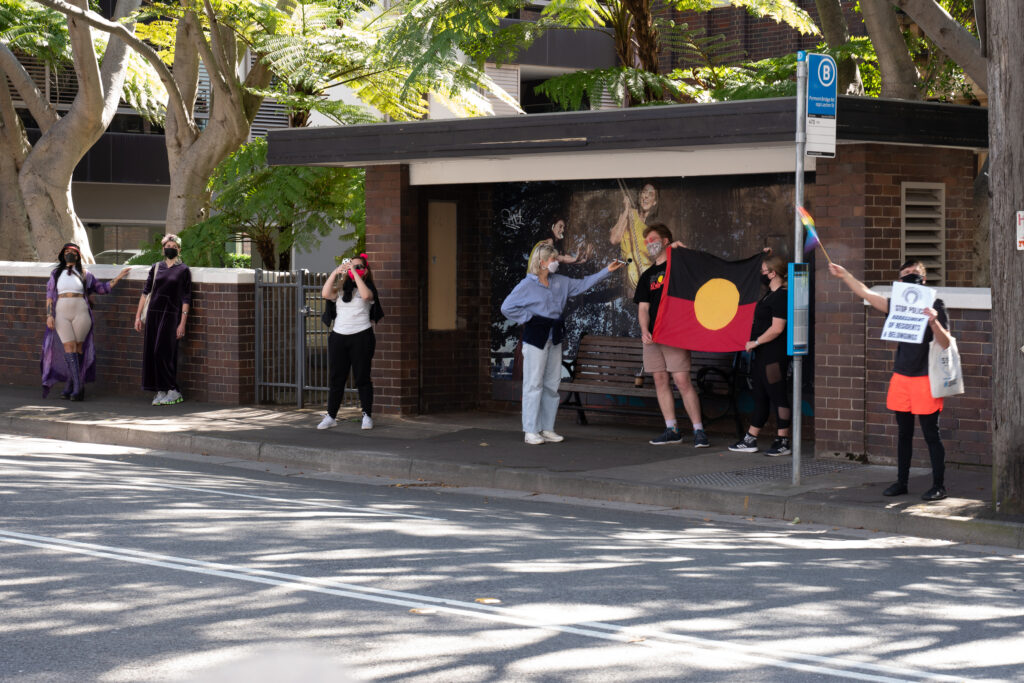 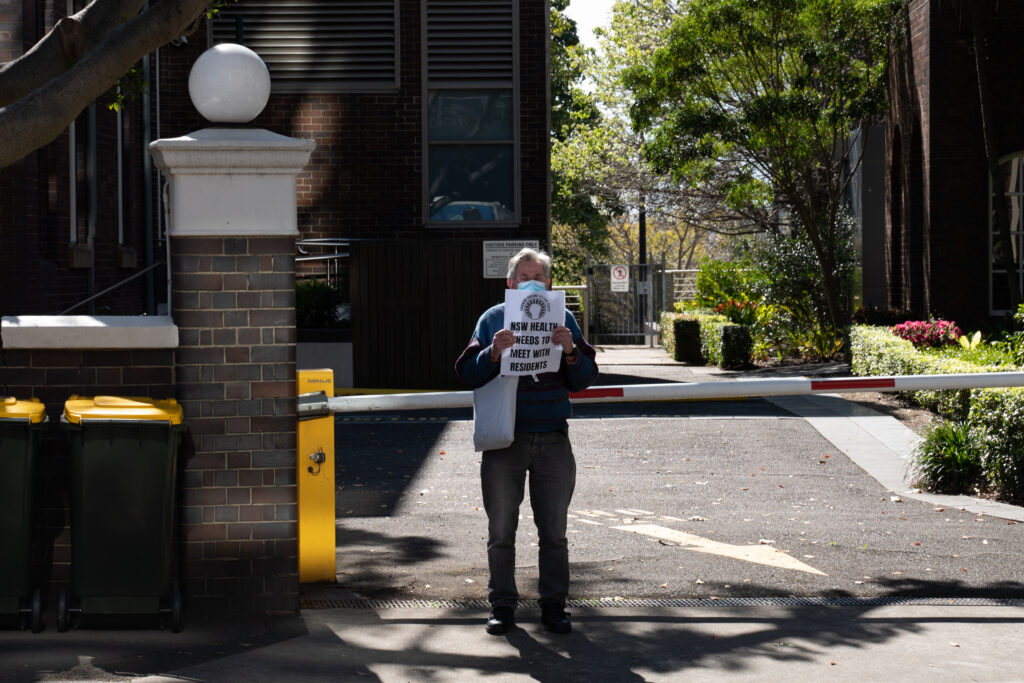 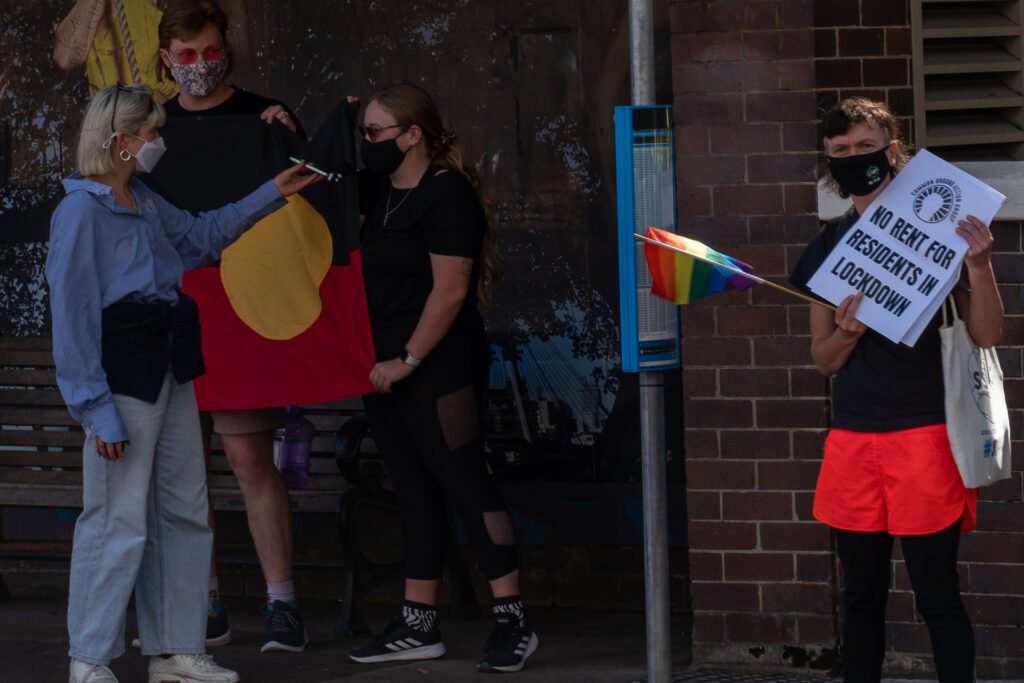 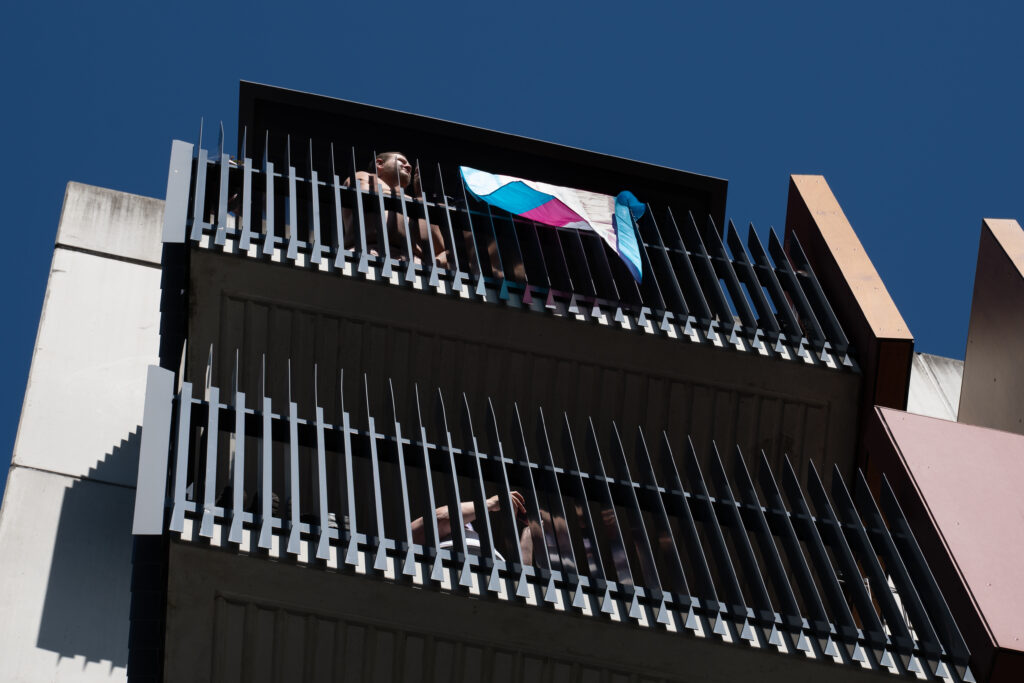 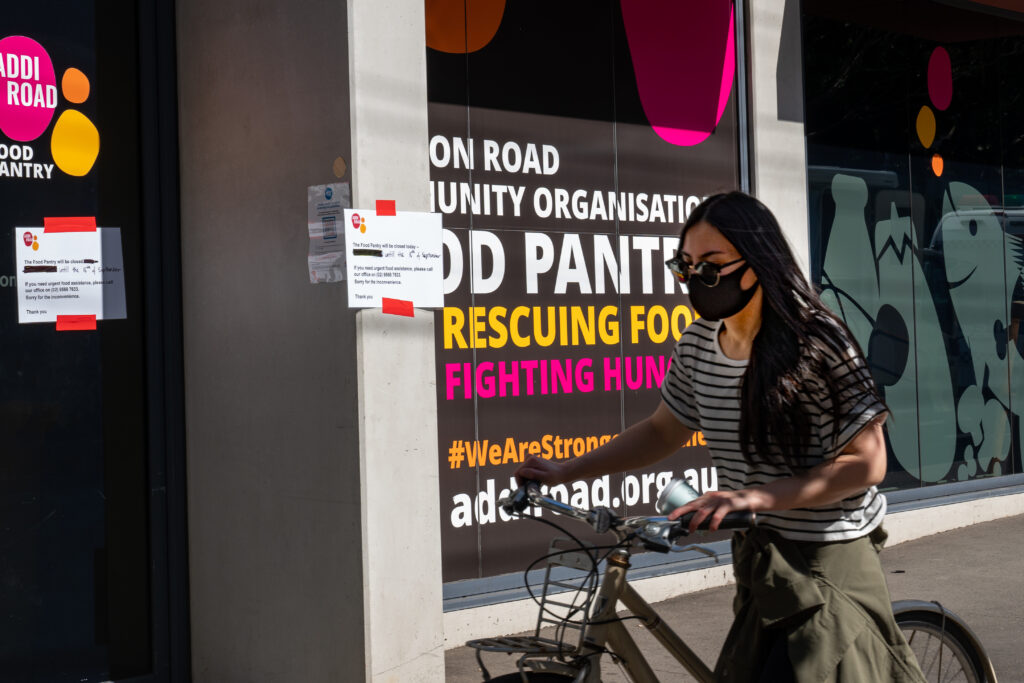 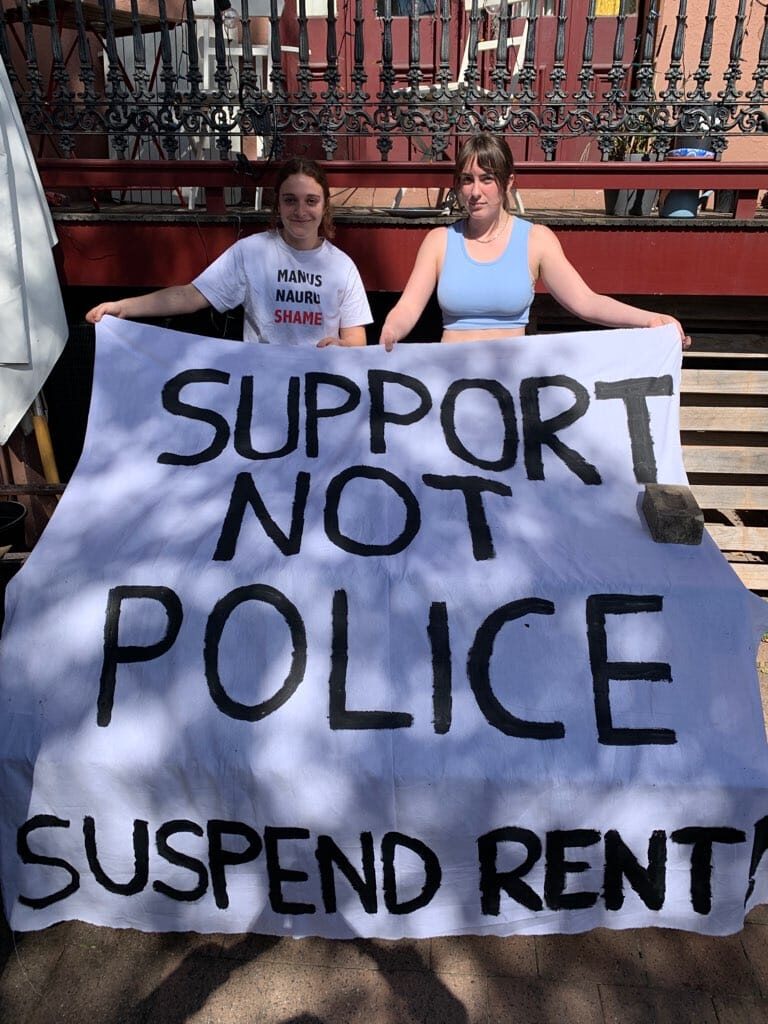 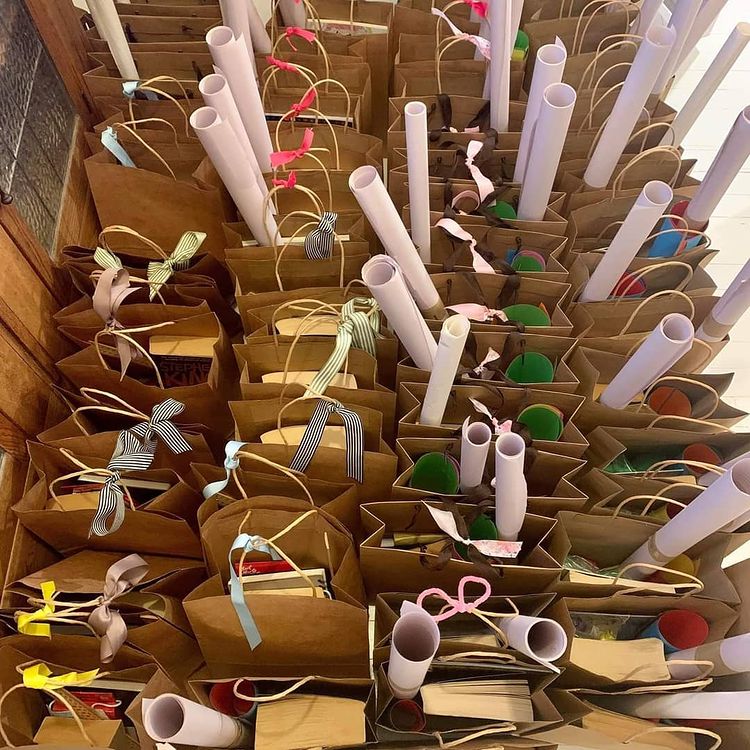 Parcels of Art and activity supplies delivered by the Blanket Patrol 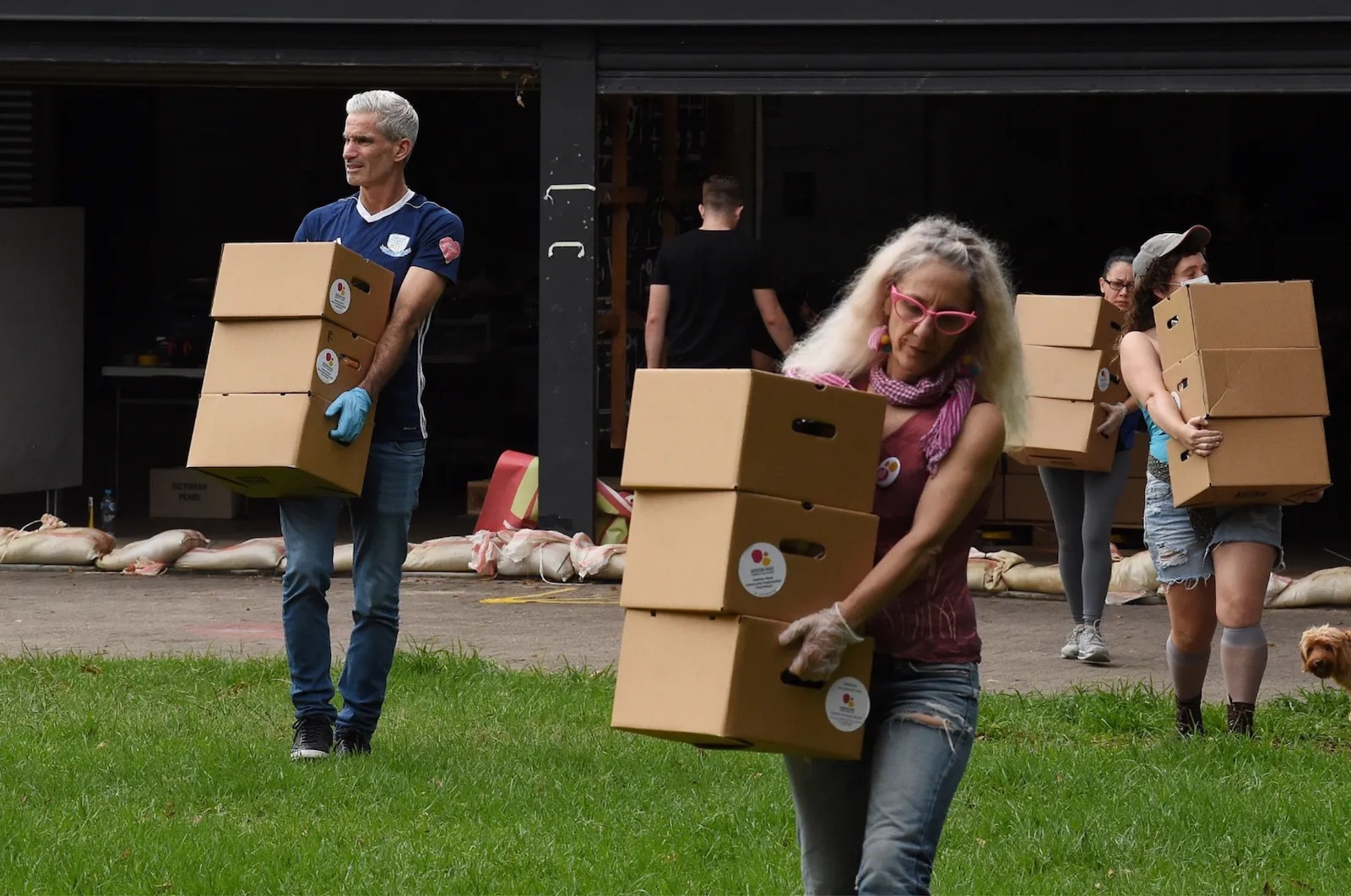